Cristi Puiu and Terry Gilliam will receive the FIPRESCI Platinum 90 Award at the Sofia International Film Festival, provided by the International Federation of Film Critics. In pre-pandemic times it has been given in person by Klaus Eder, General Secretary of the Federation, and in Sofia it has been awarded to Béla Tarr, Goran Paskaljevic Ildikó Enyedi, Bille August, and Agnieszka Holland.

The works of famous writer and director Cristi Puiu is one of the reasons the world of cinema turned it`s eyes to Romania – he is one of the founders of the „Romanian New Wave“. Cristi Puiu was born in Bucharest in 1967. He studied Fine Arts at the École Supérieure des Beaux-Arts in Geneva. After his return to Romania, he continues to paint, while filming his first feature film - „Stuff and Dough“ (2001), followed by „Cigarettes and Coffee“, awarded with „Golden Bear“ for a short film at the Berlinale in 2004. Presented as a project at Sofia Meetings in 2004, „The Death of Mr. Lazarescu“ (2005) had it`s world premiere in Cannes and received the main prize in the „Un Certain Regard“ competition, as well as six awards at the Transylvania International Film Festival, awards in Chicago, Copenhagen and tens of other recognitions. This was the work that became an emblem of the New Romanian Cinema.

Bulgarian audiences know Cristi Puiu from his films „Stuff and Dough“, „The Death of Mr. Lazarescu“, „Aurora“ (2010) and „Sieranevada“ (2016), presented with great success at previous editions of the Sofia International Film Festival.  The Director was president of the International Jury at the 21st SIFF in 2017. His latest film, „Manor House“ (2020) will be shown at the 25th Sofia International Film Festival. The story recreates philosophical discourses from the beginning of the 20th century between five aristocrats during the Christmas Holidays in a remote manor house. The film is based on the famous utopian philosophical text by the Russian thinker Vladimir Soloviov „War, Progress, and the End of History: Three Conversations, Including a Short Tale of the Antichrist“, written just before his death in 1900.

„Cinema is an instrument for investigating the real, for investigating life. OK, so there`s another question that arises, which is: why fiction films? It`s because fictions come from our minds. And so they`re like evidence - evidence of a certain way of thinking about the world. The camera isn`t moving accidentally; there`s an intention. So cinema can be a kind of anthropological device for you to look at the world outside yourself and the world inside yourself, inside your head, which fiction films allow you to do.“ - says Cristi Puiu.

Terry Gilliam is a unique event in the history of cinema – a versatile talent, rebel, provocateur, recognized master of visual storytelling and a key figure of the explosive creative collective „Monty Python“, known around the world with their incomparable films and sense of humor that everyone recognizes. The story of the Sofia Film Festival is inseparable with the great „Monty Python“ and this is why, throughout the 25-years of the festival, Terry Jones, Michael Palin and Gilliam himself have been guests of honor. The three of them have received the Sofia Award for their contribution to the art of film.

Terry Gilliam is the author of numerous funny and absurd films, filled with imagination, winner of two BAFTA awards, four prizes from the Venice Film Festival, nominated for an Oscar and a Golden Globe, as well as many other prestigious film recognitions.

In 1975 the feature director`s debut of Gilliam „Monthy Python and the Holy Grail“ (co-directed by Terry Jones) had it`s premiere, one of the funniest and most recognizable films for the comedy group until nowadays. In the 80s Terry Gilliam directed some of his most famous films – the picturesque tale of time-traveling bandits „Time Bandits“ (1981), that became a smashing hit in the USA, as well as the key-work „Brazil“ (1985), a metaphor for the hopeless fight with almighty bureaucracy of the totalitarian state, and the clerk-dreamer, flying towards the desired love and freedom. This is the Film that granted Gilliam the title of „a difficult director“. The triumphant „The Fisher King“ (1991) was seen in Hollywood as the first commercial work of the artist. Five years later Gilliam created the remarkable „12 Monkeys“ (1995) – a story of the world, destroyed by a deadly virus, which became a cult film of the 90s and for which Brad Pitt was nominated for an Academy Award for supporting actor. Many masterfully delivered stories followed, among which „The Imaginarium of Doctor Parnassus“ (2009), „The Zero Theorem“ - presented in person by it`s author in Sofia, as well as the unique in terms of production and creative history „The Man Who Killed Don Quixote“. The program of the 25th Sofia Film Festival features the film „Brazil“.

Cristi Puiu and Terry Gilliam will give special online masterclasses, that will be moderated by leading film critics and streamed on the websites of FIPRESCI and the Sofia Film Festival in the frames of the 25th anniversary edition of the festival.

Due to the Covid-19 pandemic the 25th Sofia Film Festival will take place in two parts. The main festival is in its traditional period in March, when the films from the programme will be presented both online (in partnership with the world`s leading platforms Festival Scope / Shift 72) and in cinemas in compliance with all anti-epidemic measures, and international guests will be exceptions. The focus of the first part of the festival will be the competition programs, the presentation of the new Bulgarian feature and documentary films, current films of established directors and young talents, festival favorites in the last year, and films from special anniversary sections.

Later in the year there will be a special edition of the 25th SIFF, which will focus on films presented by their authors from around the world. 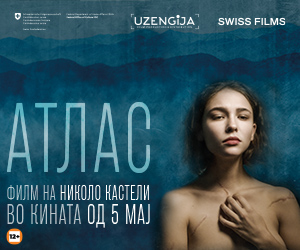 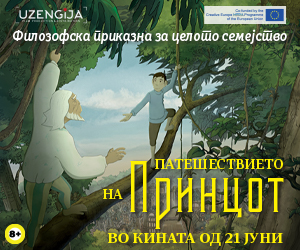