Macedonian actress Sara Klimoska has been shortlisted as one of the top ten up-and-coming European acting talents as part of the initiative of the European Film Promotion (EFP).

European Film Promotion, the group which organizes the European Shooting Stars program, will present the 10 talents to the international film industry, producers, agents, and the international press, in a three-day online event Feb. 23-25, a week before the industry events of the virtual 71st Berlin International Film Festival, held March 1-5. The Shooting Stars award ceremony will take place within the framework of the Berlinale screenings in the summer. 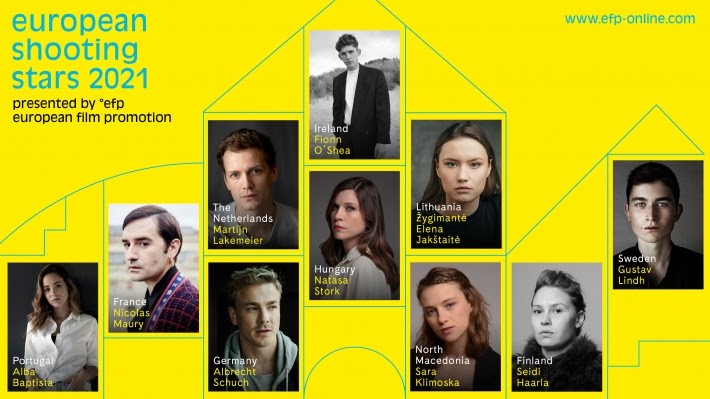 In Lena and Vladimir, Sara plays 16-year-old Lena, who has never fallen in love before, alongside the middle-aged Vladimir (Toni Naunovski), who has lost everything he loved before. Together they experience spring in a cold January and fall in love with life. The screenwriter is Aleksandar Rusjakov. The film is supported by the Macedonian Film Agency, which ill be released this year.